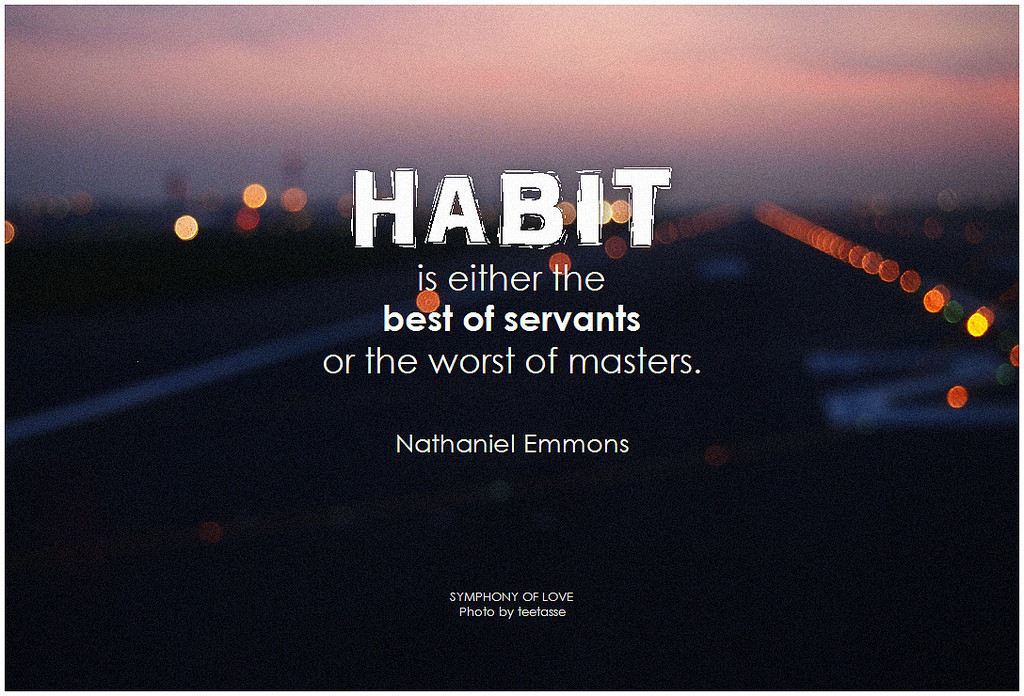 Right now, many of us are wrestling with the personal habits we resolved to break or build back on January 1, like losing weight and giving up smoking. But what about your business habits? Have you given them any thought?

Like it or not, we are slave to our habits. According to research, a whopping 40% of our daily activities are habitual, not things we consciously choose to do. So chances are, if you put in an eight-hour workday, you’re spending three hours and twelve minutes of it on auto-pilot.

That can be good or bad, depending on your habits. If you have built good, productive habits (following up with prospects, monitoring sales activity), they’ll serve you well.

Habits are extremely…well, habit-forming. Our brains are hardwired to create habits, according to Charles Duhigg, author of the fascinating book, The Power of Habit: Why We Do What We Do in Life and Business.

If you’re trying to grow your business, it’s important to understand what habits drive you, so you can either put them to work for you or change them. The first step? Identify them. Learn what they are. According to Duhigg, a habit consists of a three-step loop:

Habits are powered by cravings. For example, I’ve developed a habit of craving a chocolate chip cookie at 2 a.m. My habit breaks down like this:

Most habits don’t go away by themselves. If I want to break my cookie habit, I can start by recognizing the cue for what it is when I wake up. I can change my routine, switching out a cookie for a piece of fruit. It still tastes good, though not as good, but now part of my reward is knowing that I’m eating something healthy instead of something less healthy.

It’s the same thing in business. For example, when we discussed habits in one of my PRO peer groups, one business owner—who had previously expressed concern that his close rates were dropping—had a moment of enlightenment.

He realized that he had fallen into a bad habit at sales presentations. Instead of engaging prospects in conversation, he would immediately launch into a features-and-benefits recitation.

It was driving people away.

His cue was getting in front of a prospect; his reward was sailing through the presentation. But a better reward would be closing more deals. Now, he is consciously changing his routine, engaging prospects in real conversation and making his presentations more organic.

So here’s my challenge to you: identify your good and bad business habits. Figure out what triggers them and how you can modify them to better serve your business.

In other words, make it a habit to pay attention to your habits.

Biography: Ray Silverstein is president of PRO, President’s Resource Organization, a network of entrepreneurial peer advisory groups in Phoenix and Chicago. He is author of “The Best Secrets of Great Small Businesses,” and “The Small Business Survival Guide.” You can reach Ray at 312-593-5133 or pro@peeradvisoryboard.com.